Best time of the day to exercise? Well it depends on what you want to achieve. Different studies have looked at various physiological and exercise components at different times of the day. Although some elements may only appeal to athletes, the time of the day exercise takes place can have different effects.

However, we must be careful not to overestimate just one factor, time for our purpose. There are a number of other factors which will similarly influence the effects of exercise and for that matter the results we will get out of it. The type, intensity, duration, regularity, timing of meals, even geography and not to forget individual differences are some of those factors which will play a role in what results you get at the end. So as a first conclusion, as with most things, there is not one-fits-them-all answer.

Does the time of the day matter in burning fat while exercising? It may come as a surprise but yes it can affect what fuel you burn. Before you jump on the exercise horse though, remember it is not that simple.

To the point however, your body tend to burn more fat in the morning. The reason, in simple words your blood sugar levels are at their lowest in the morning after an overnight fast. Your body will mobilise the next available fuel which is fat (amongst others in smaller percentage). In addition, hormones tend to peak in the morning following what they call circadian rhythms. Circadian rhythms in summary are changes in your body including physical, mental and behavioural which tend to follow an approximately 24 hour cycle. Cortisol which tends to aid in fat burning is at its highest in the morning as well.

Downfalls: Cortisol is a stress related hormone and as yes it is not the only stress hormone which is high first thing in the morning. Exercise itself is stressful for the body so in combination you could be placing quite a lot of strain and stress. In addition, having breakfast and the type of exercise will influence what fuel your body will burn during exercising.

However, morning exercise can be a stressful affair for your body (see above) and also it doesn’t mean that it suits everybody. The best way to stick to exercise is to opt for the kind of exercise you like (i.e. gym, classes, swimming etc) and also to fit it to your own lifestyle and circumstances.

What does all that mean in simple words? Well basically that you are likely to perform better and for longer and some processes in your body to respond better. Although there is, as always, some controversy studies suggest that you may have more physical gains as well by exercising in the afternoon/evening. Basically, some argue that by performing for longer during an exercise session that would normally lead to gaining more by that exercise session. Also with exercise inducing higher hormonal responses these responses could lead to a more favourable towards anabolism outcome. In very simple words you could be getting more muscle hypertrophy.

Keep in mind: Some studies are carried out with well trained athletes and not everything applies to the average ‘Joe’.

US physical activity recommendations for adults and older adults.

A number of sleep organisations recognise that exercise can be an important non-pharmacological component for the treatment of poor sleep. Considering that issues with sleep affect approximately 50 to 70 million Americans annually and an estimate 10% of US population can suffer with insomnia, this can be important.

But what do studies say? Long term exercise appears to have a beneficial effect and to improve sleep. The results about the acute effects of exercise on sleep are not that clear. In simple words don’t expect massive changes in your sleep by exercising just once but you will have to be exercising for longer time. In addition, intensity and duration will also play a role. Exercise session of 2hr and longer may actually keep you awake, as well as exercising less than the current US physical recommendations.

In terms of time of the day, results are not as clear. However, in general there is a notion that exercising to close to bed time could negatively affect sleep. Best time to exercise for sleep appears to be in the afternoon (4-8 hrs prior sleep). However, exercising even in the evening was better than no exercising at all, so if the evening is the only time you can spare don’t drop it.

The benefits of exercise in terms of health are documented over and over again. This does not always mean that all exercise is good for everybody. Exercising first thing in the morning can place a considerable amount of stress and strain on the body. In addition, you may need to follow a more thorough warm up to make sure all body components are well prepared.

Early afternoon hormones tend to dip and you may feel more tired and it could be that you may struggle through it. Afternoon/evening sessions are suggested to show better health protective results. However, research results are not entirely in agreement and there is not one fits-them-all answer.

In general advise a medical professional before taking on exercise especially if you have pre-existing health conditions and complaints. If your aim for exercising is health benefits advising an appropriate professional will put you in the right direction depending on your personal needs and circumstances.

Which is the best time to exercise will depend on what you want to achieve and which are your personal circumstances. 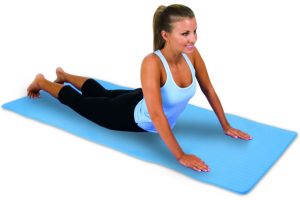 Pilates for weight loss – Can you lose weight with Pilates? 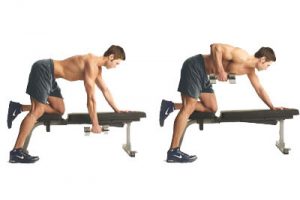 I gain weight in my tummy, thighs and hips. What can I do?